On June 14, there will be 56 cars starting at Le Mans in four classes; will compete in three of them. The new regulations for the top class of prototypes are revolutionary: Pure power is out. Maximum efficiency is key.

01 Class
The top category of the four classes at Le Mans is called LMP1—the three letters stand for “Le Mans Prototype.” The 919 Hybrid is among them. Within the LMP1 top class, there is another subdivision: for manufacturers, the cars must be hybrids (LMP1-H), whereas private teams can use conventional engines (LMP1-L as in Light). The second-fastest class is LMP2; no s will be competing here. In the GTE Pro class, aims to repeat last year’s class victory with the 911 RSR; in 2013, even posted a one-two finish. In the series-based cars, “Pro” distinguishes the professionals from the amateurs. Patrick Dempsey, for example, is starting with his 911 RSR in the GTE Am (amateur) class.

02 Revolution
The technical regulations for Le Mans define what is allowed, and what isn’t, for each class. In the GT classes, the rules essentially deal with what can deviate from the street version. For the prototypes, which lack the basis of a street-legal vehicle, things are a bit more complicated. And in 2014, the rules for the top class are nothing short of revolutionary. With a reduced fuel consumption requirement in place, the rule- makers at the Fédération Interna- tionale de l’Automobile (FIA) and the Automobile Club de l’Ouest (ACO) are making the fastest race cars in the world fit for the future. The regulations call for reduced displacement (downsizing), innovative hybridization, and light- weight construction.

03 Freedom
To stoke innovation, the engineers were given unpre- cedented freedom in the LMP1-H class. The FIA and ACO declined to mandate a uniform hybrid system. And there are no limits on either displacement or the number of cylinders. Diesel or gasoline, turbo or not—the decision is up to the engineers. Whether there are one or two recuperation systems, battery storage, ultra­capacitors or flywheels, nothing’s off-limits. So the engineers at Audi, Toyota, and are tinkering to beat the band, weighing the benefits and disadvantages of every parameter. The three companies have arrived at different conclusions. The proof will be in the racing. The results may turn out differently on different racecourses.

At , one winner was guaranteed even before the first race: the company’s development department—and thus future series productions and, ultimately, the customer.

04 Fuel
In its design of the combustion engine, opted for an approach that matches the brand DNA: a gasoline engine fires the new 919 Hybrid, and it’s an extremely compact and highly charged two-liter four-cylinder with direct fuel injection. With regard to highly efficient combustion in a downsized engine, the street-legal super sports car, the 918 Spyder, provided inspiration. Beyond robustness, maximum energy efficiency is the decisive factor in the long-distance races of the 2014 World Endurance Championship. At Le Mans the race lasts 24 hours; at the other seven races, six hours.

06 Boost
The highest recuperation class is the 8-megajoule category. A maximum boost of 8 MJ per 13.6-kilometer lap in Le Mans is permitted for cars with correspondingly powerful energy recovery systems. “Boost” is the term used for applying this stored-up energy. To balance out the boost, the regulations limit fuel consumption for the combustion engines. See the examples in the table to the right for a lap at Le Mans. 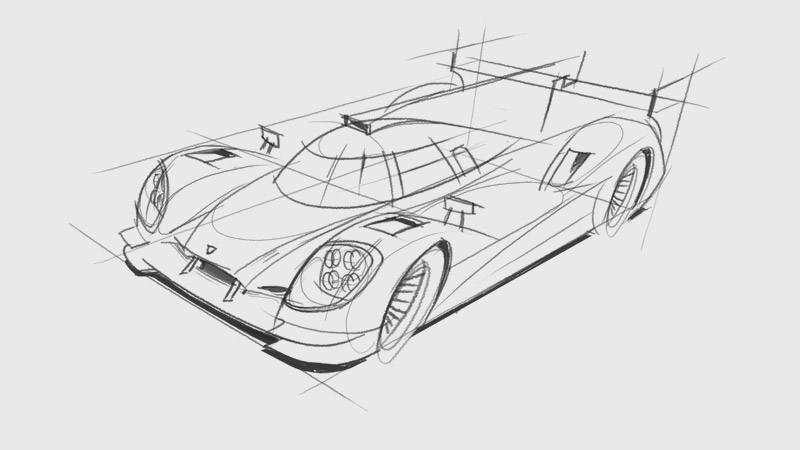 07 Megajoules
The goal of the consumption limits in the LMP1-H class is to get the different drive concepts to compete on one level. After all, it shouldn’t be exciting only in development departments, but also on the racetrack when an 6 MJ gasoline engine faces off against a 2 MJ diesel.

08 Opportunities
Two factors are intended to establish equivalence between gasoline and diesel engines. One of them is called the K Technology Factor, the other the Fuel Technology Factor. The Technology Factor has to compensate for the fact that cars with a heavier diesel engine have relatively small recuperation systems and thus are at a disadvantage in the boost department. On the other hand, the fuel factor has to compensate for the fact that gasoline engines are less efficient than diesel engines. These two factors were multiplied by each other, which resulted in the different upper limits for energy and fuel amounts for the gasoline and diesel variants. And to ensure that the two also have to refuel with comparable frequency, the regulations stipulate the appropriate tank sizes for the respective designs. The use of hybrid vehicles at Le Mans is not new, but compared to the technology required today, everything that went before seems passé indeed. Comparison: In 2013, a maximum boost of 500 kilo­- joules (0.5 megajoules) was allowed between the braking zones.

09 Monitoring
The consumption values of LMP1-H vehicles are monitored electronically. Fuel flow meters measure the flow of fuel, while other sensors record the energy called up by pressing the boost button. A black box records all of the data, which the race organizers receive in real time. Violators receive time penalties. The teams don’t have much room for maneuver when it comes to compen­- sation: the ACO takes the average value for three laps. 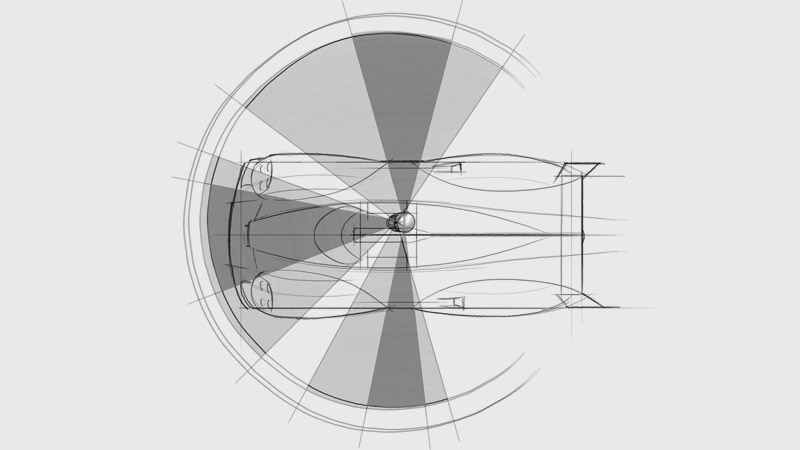 The new rules require a higher seat position for a better field of vision.

10 Core competence
For its return to the top LMP1 category, in light of all of the specifications, opted for the following energy recuperation concept: the hybrid system is comprised of a small, turbocharged combustion engine (see point 4) and two recuperation systems. On the front axle, the 919 Hybrid stores the kinetic energy released by braking. Fundamentally new is the second system: recuperation from exhaust energy. In the LMP1-H, the generator is driven by a turbine that generates energy like a bicycle dynamo. This energy is stored in a liquid-cooled lithium-ion battery. When the driver calls it up from there, an electric motor with several hundred horsepower uses it to drive the front axle. When boosted, the 919 Hybrid transforms into a quiet all-wheeler with exceptional traction.

With the development of both recuperation systems and the storage technology, AG and Engineering Services (PES) have advanced their core competences in impressive fashion once again. The expertise has been stored. And it can be tapped.