With the “Timepiece No. 1” and the “Chronograph Titanium Limited ,” the first independent watch collection from Design has gotten off to a fitting start. The high expectations have been fulfilled through re-interpretations of the creative tradition of designer F.A. .

Black, for Ferdinand Alexander , was not merely a color, but a state of being, and so his first watch was black. The goal, he said, “was to create a watch for the car. Black like the speedometer and tachometer of the 911, for example—because it doesn’t dazzle you when you read the time.”

Thus, not only the “Chronograph 1” was born in 1972, but also a trend whose absence would be unthinkable in the watch industry today. Not long afterward, more than 50,000 Chronograph 1 watches graced the wrists of design-conscious fans of the brand, including quite a number of race-car drivers, such as Clay Regazzoni. And many of the parts on cars made of chrome up to that point also suddenly appeared in black. It was a clever idea-transfer because, after all, F.A. was also the father of the 911. 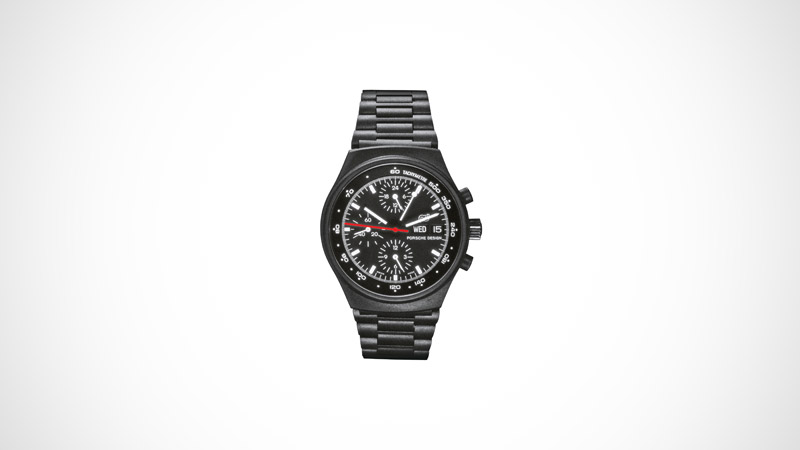 It reads precisely as a speedometer: The Chronograph 1 of 1972 was the world’s first black watch.

It is fitting, then, that “Timepiece No. 1,” with which the newly formed Design Timepieces AG is now carrying the groundbreaking design of F.A. in the world of watches into the future, is also black. It’s the dawn of a new era. The Swiss subsidiary produces the watches, sales go through the German parent company, Design Group, and the creative process begins in Austria at the Design Studio in Zell am See, where it is not just the old drawing board that still reflects the spirit of Ferdinand Alexander . Designer Christian Schwamkrug worked together with F.A. on watch design back in the 1970s. But he’d like the latest creation to be understood not as a retro model, but as a “reference” to its classic forerunner: “The dial and hands clearly take their lead from the 1972 model.” The proven automatic and premium-quality chronograph movement Valjoux 7750 enjoys its well-earned laurels in this model. 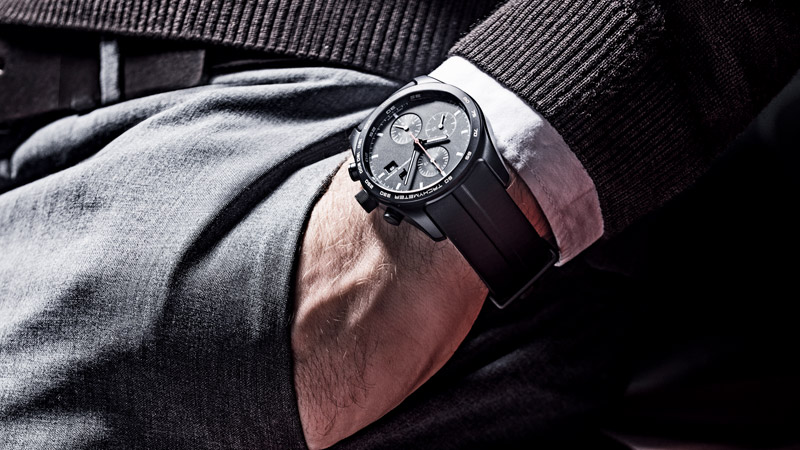 New era: The Design Timepiece No. 1 is available in a limited run of just 500 pieces worldwide.

In the new subsidiary, design expertise is matched by keen attention to the watchmaking craft. That’s ensured by the acknowledged specialist from Solothurn, Switzerland, Patrick Kury, whose exceptional creativity has given rise to several extraordinary watch movements. He is very clear: “ Design will not be satisfied with simply putting together outstandingly designed timepieces with bought components.”

The history of Design chronographs is also a tale of lasting commitment to the substance of technical advancements. Regular wear of his debut watch took its toll on the black coating, which initially troubled F.A. , but later it sparked his chronometric imagination. In 1978, he met his ideal sparring partner in the watchmaker IWC and its dedicated CEO Günter Blümlein.

The Schaffhausen-based watchmakers appreciated and shared the insatiable passion for apparently unconventional ideas, such as the compass watch with two precision measurement instruments, dreamed up in 1976. ’s approach was absolutely characteristic of his imagination. As he put it, “Not everyone needs a compass every day. But some people need one from time to time, and then they really need it. For me as a designer, that was a decisive step toward my ideal: design as function and technology.” Not least for that reason, the striking double-decker case was initially made of amagnetic aluminum. 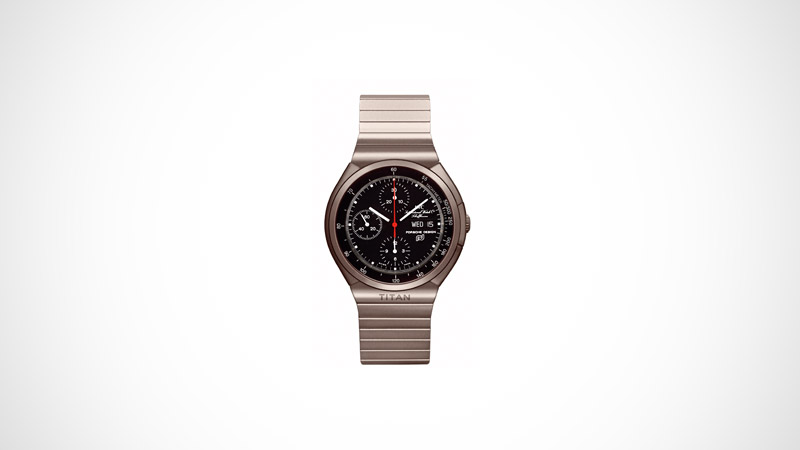 Model function: The Chronograph Titanium of 1980 was the first to use the space-tested material.

Like the watches, the designer’s creativity is driven to perform its preordained function as if by some internal flywheel, whether or not existing technology was at the same level. F. A. recognized this phenomenon: “Things exist in the imagination before they can be constructed in reality because the technical means are not there yet. In 1980, a chronograph with large push buttons instead of the conventional pushers shook up a staid section of the field. These striking timepieces also ushered in a new material in the field of watchmaking: titanium, the use of which F.A. had long had in mind. The compass watch also later received a shell made of what he described as the “ideal material for congenial understatement.” The robust material, tested in space, also plays a role in the current collection of timepieces made by Design: in the “Chronograph Titanium Limited .” 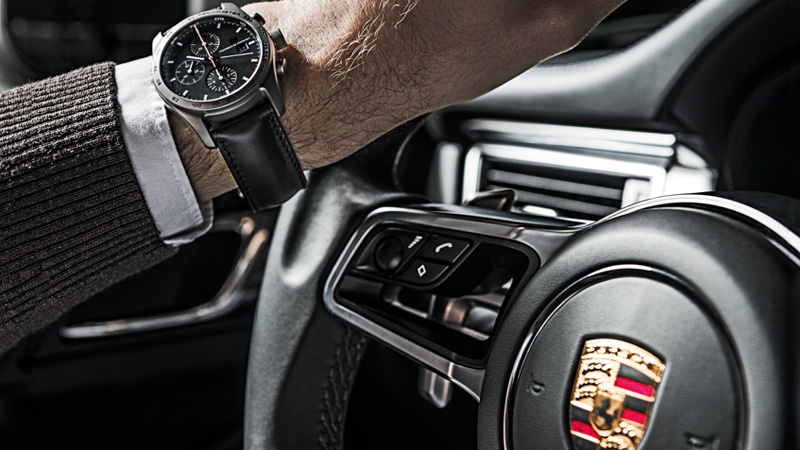 Back to black. Following the purchase of the venerable Swiss brand Eterna by the family, a new era began in 1998. A limited re-edition of the 1972 classic, with a significantly more robust black-chrome coating, revived memories of the debut watch. A technological and watchmaking highlight appeared on the timepiece stage in 2004 with the 800-component “Indicator” featuring the chronograph, digital hands, and three barrels and a governor for regulating the cycle speed.

The “P’6752 WorldTraveler” plays a special role in the ongoing development of the annals of time. “I regard this watch as a statement,” emphasizes Christian Schwamkrug; “it’s exceptionally functional, and you can recognize it from 50 meters away.” For Roland Heiler, who heads the Design Studio in Zell am See, the watch displaying all time zones bears yet another crucial aspect: “Due to its very unconventional look, this watch elicits very different impressions. And that is how found its way back to the roots from which the future watches will emerge.”

Roland Heiler merely hints at what the coming years will bring. One thing is already clear: the designers are already several steps ahead. “They are watches designed for lifelong use from the very first stage of development; they represent a luxurious, but not opulent lifestyle,” Heiler says. Echoing the belief of famed twentieth-century designer Mies van der Rohe, Heiler adds, “Less is quite simply more.” It is a view also shared by Dr. Jürgen Geßler, CEO of the Design Group. “With what is to come,” Dr. Geßler says, “we will successfully continue the history of Design watches, which began with an icon, the Chronograph 1.” And so F.A. ’s Ur-idea continues to resonate.