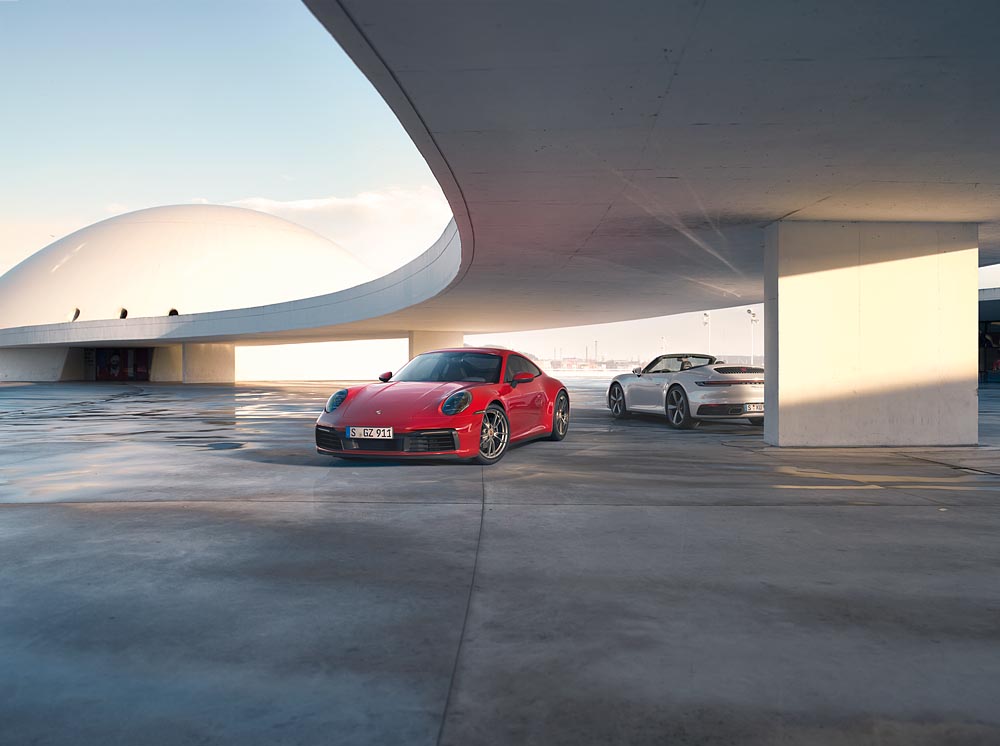 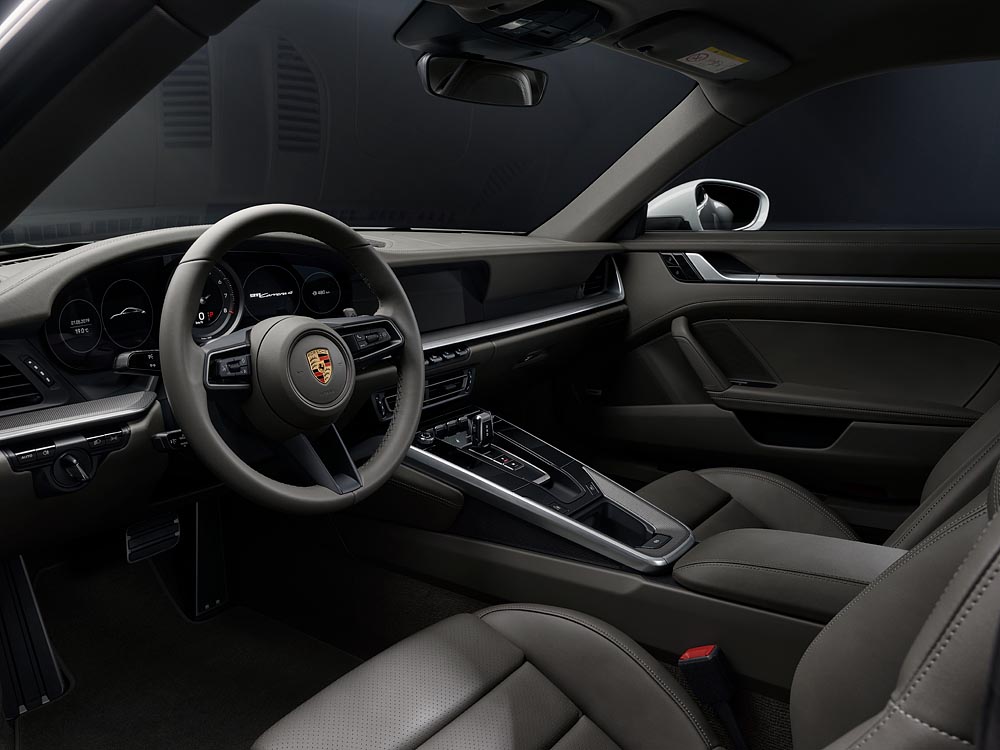 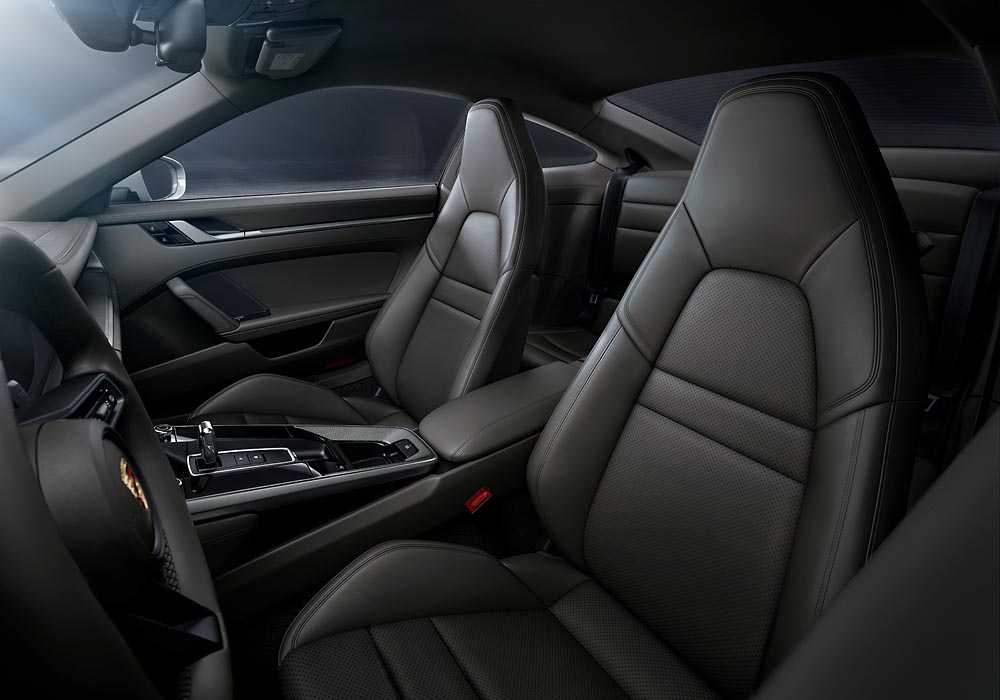 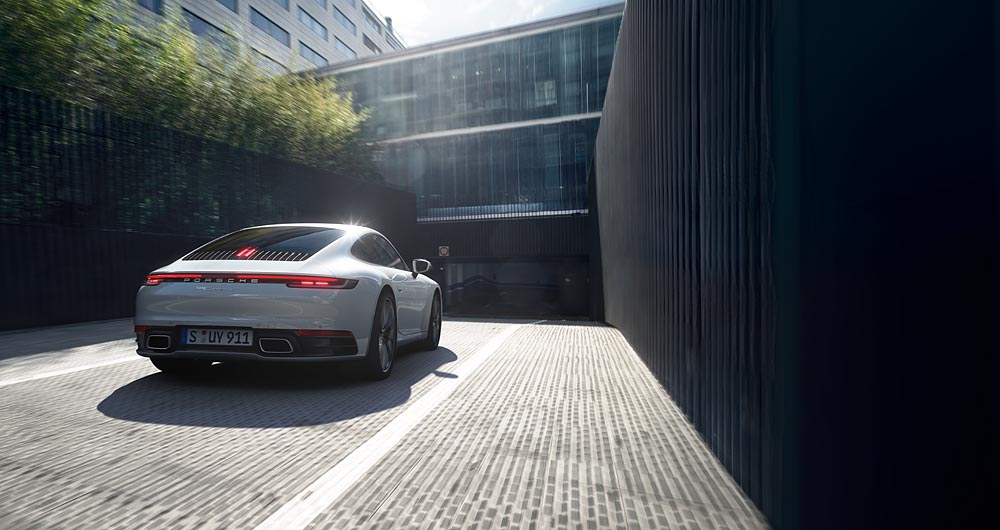 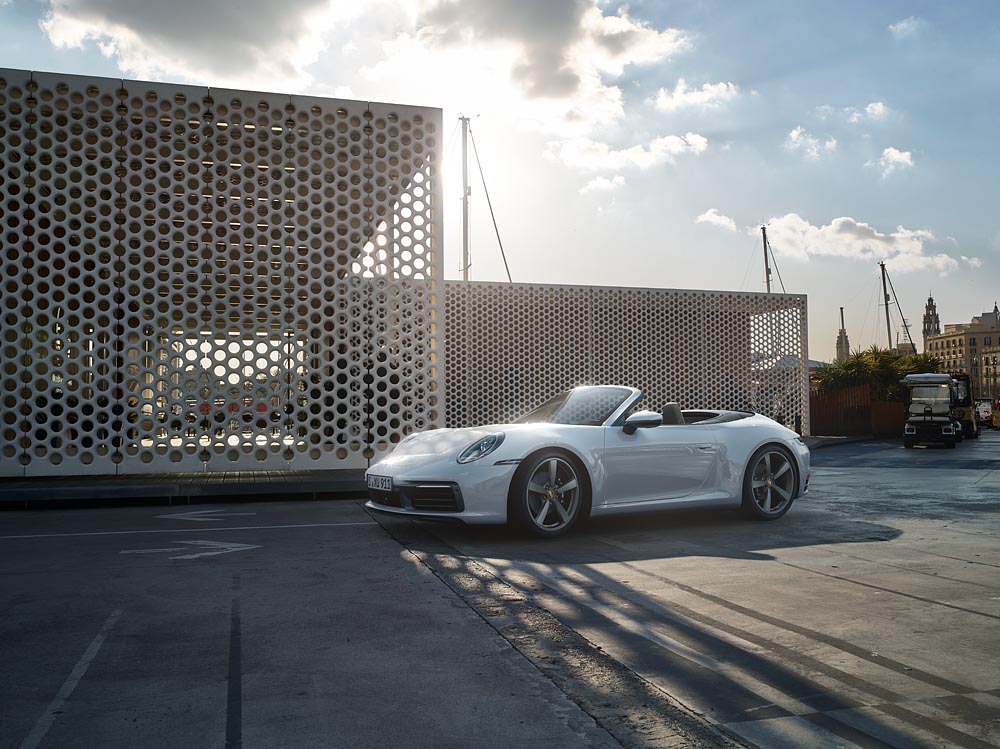 Stuttgart . Following the introduction of the standard 911 and 911 Cabriolet, is now expanding the line-up further with the all-wheel drive 911 4 and 911 4 Cabriolet models.

Like on the 911 4S models, the increased performance of the 911 4 models underwent a further development of the front axle drive. The clutch and differential unit is now water-cooled and has reinforced clutches to increase durability and load capacity. The increased actuating torques at the clutch improve the latter’s adjustment accuracy and thus the capability of the driven front axle. The enhanced front axle drive in combination with Traction Management (PTM) promote an increase in traction on snow, as well as in wet and dry conditions.

The new 911 4 and 911 4 Cabriolet are equipped with PASM ( Active Suspension Management). Like on the other 2020 911 models, the electronically variable damping system comes standard and offers two selectable modes, “Normal” and “Sport”, emphasizing ride quality and handling. A fully variable, electronically controlled limited slip rear differential with Torque Vectoring (PTV), which is standard on the 911 S and 4S models, can be ordered as an option. The wheels on the 911 4 and 911 4 Cabriolet feature a staggered diameter, measuring 19 inches at the front and 20 inches at the rear. They are fitted with 235/40 ZR 19 and 295/35 ZR 20 tires, respectively. Larger wheels with a staggered 20/21-inch diameter (standard on 911 4S models) are optionally available. The standard internally ventilated and perforated grey cast-iron brake rotors on the 2020 911 4 models measure 13.0 inches front and rear and feature black four-piston calipers. Ceramic Composite Brake (PCCB) can be ordered as an extra. Like on the other 2020 911 variants, Wet Mode is included as standard equipment. This function automatically detects water on the road, preconditions the stability control and anti-lock brake systems accordingly, and warns the driver. The driver can then call up vehicle settings particularly suited for wet roads at the push of a button, or by means of the mode switch on the steering wheel (when fitted with the optional Sport Chrono Package).

Visually, the 911 4 models are characterized by the same striking design cues as the rest of the model range, such as the clearly defined fender arches and front luggage compartment lid with a recess reminiscent of classic 911 models, as well as the full-width LED light strip stretching across the rear. The only visual distinction between the standard 911 4 and the 911 4S derivatives are the exhaust openings in the rear fascia. To differentiate between the engine variants, the standard 911 4 models feature one rectangular, single-tube tailpipe on each side, while the 4S models are fitted with a set of round twin-tailpipes on each side. The optional Sport Exhaust system distinguished by two oval tailpipes can be ordered for all models.

Inside, the new 911 4 shares the interior with the previously introduced standard 911 and S models, including re-designed seats, the traditional centrally positioned tachometer, and the new Communication Management (PCM) system with a 10.9 inch touch screen and improved connectivity. A control panel of five buttons with the look of classic toggle switches creates the transition to the center console controls.