The S is the youngest member of a family with innovative hybrid drives whose development is pursuing at full speed.

It was ready to go, to hug the asphalt with its tires and tackle every bend with a roar of pleasure. But it held back, because the first job that morning was to drive the children to school. All of its drives start off silently and electric. After all, it is well mannered, and doesn’t come barging through every door.

The new is here. Broad-shouldered, a rock, beautiful, substantial, in the flowing river of time. Basically everything about it is the way it has always been, just slightly more perfect. And yet—this is different, because in fact it is two cars in one. The flexible nature of the S is a product of its plug-in hybrid drive. With the combination of an electric motor and a combustion engine, its battery can be charged at an electrical outlet or a charging station. According to the New European Driving Cycle (NEDC), it can drive up to 36 kilometers on electric power alone with a full battery. This distance is enough for many errands, also because the output is sufficient to accelerate up to 125 km/h. When the battery level drops below a certain point or the driver summons a lot of power, the combustion engine kicks in. 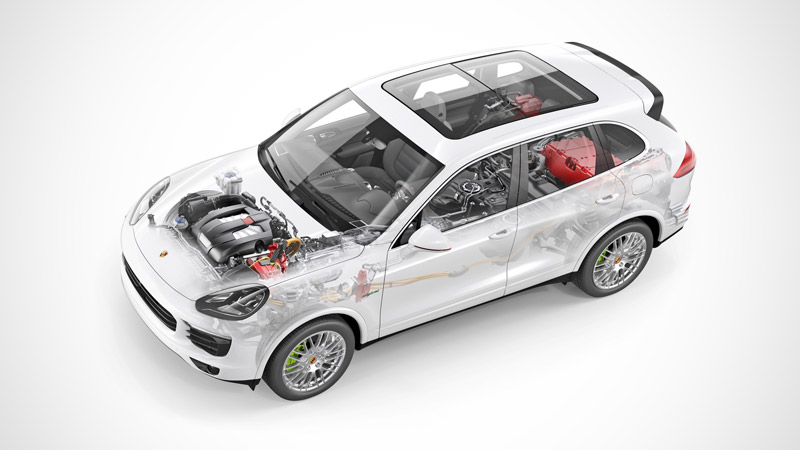 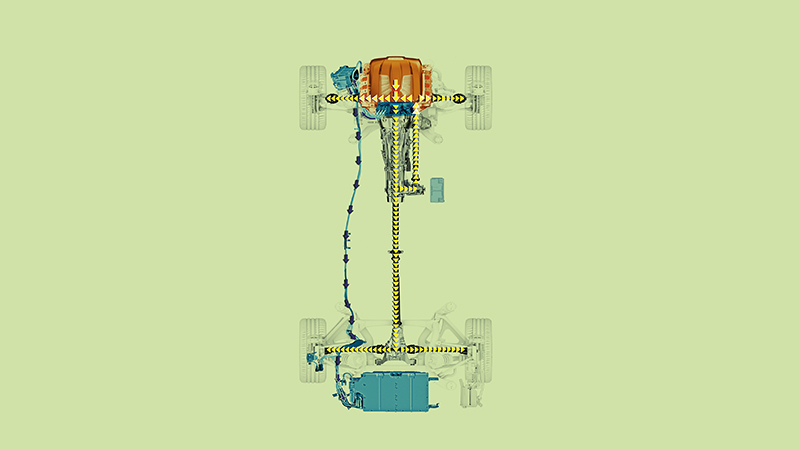 Driving with a combustion engine and an electric motor: in hybrid mode the engine (in orange above) works a little harder than it really needs to, and in this way charges the battery via the motor (in blue below). 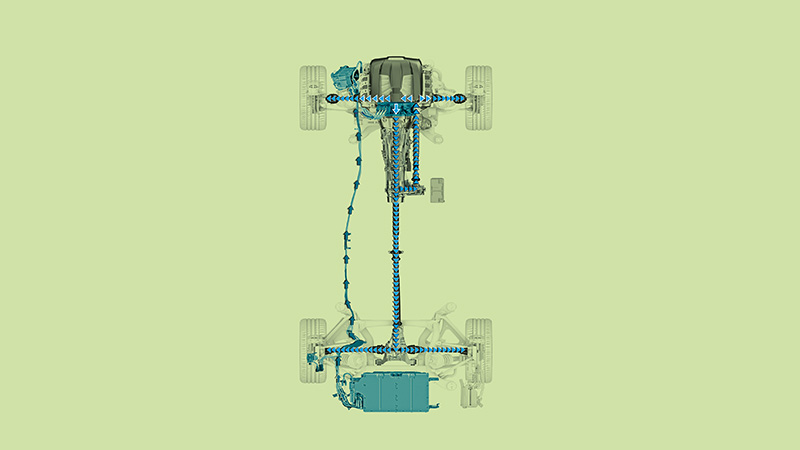 Driving with the electric motor: in E-power mode, power flows from the battery to the electric motor, which drives all four wheels on its own. This mode has a range of 18 to 36 kilometers according to the NEDC. 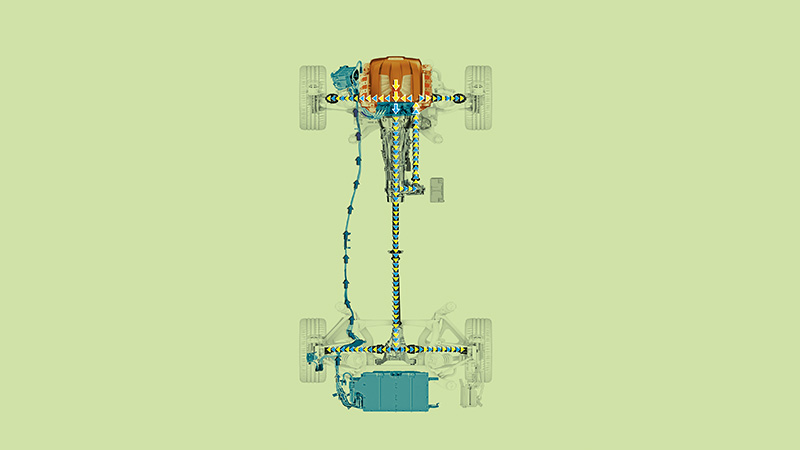 Driving with full power: in Sport mode, the two drive systems are calibrated to maximum output and send a combined 306 kW (416 hp) to the wheels.

Upon entering the village, we gracefully glide by the gas station to our left. The car consumes only about 3.4 liters per 100 kilometers according to the official NEDC. This figure can be even lower in day-to-day driving if the battery is recharged regularly. Short trips can be made on electric power alone. The car is charged with environmentally friendly electricity at home in the garage by means of the Universal Charger. The device can be stowed conveniently in the luggage compartment, and used for safe and dependable charging at other locations as well.

An automobile that performs like a sports car but emits less CO2 than a compact without an electric drive—this idea was the brainchild of a handful of engineers at the Weissach Development Center in 2009. “A purely electric car was never what we were after,” says Uwe Michael. As an engineer in charge of electrical and electronics development, he was one of the initiators. “We wanted a solution that was suitable for actual driving,” he adds. The conventional hybrid drive that had already been developed lowers fuel consumption significantly. But its effect is limited by the fact that its battery can be charged only when driving by means of brake energy conversion and the combustion engine (load point shifting).

In order to set new fuel consumption records for everyday driving, a car needs to drive faster and farther on electric power. In other words, the battery must be rechargeable externally and have more capacity. Also, the electric motor needs to be more powerful. To resolve these issues, the engineers raised the voltage from 288 to 382 and changed the battery from a nickel-metal hydride to a lithium-ion system. In addition, the car needs a charger that can convert alternating current from the mains into direct current suitable for a battery.

The big day came in May 2010: the first plug-in hybrid , a converted from the training workshop, was charged with electrical power at a column set up for this purpose in Weissach. That same year in the fall, the decision was made to put the car’s powertrain into production. The S debuted in the summer of 2013. Now it is the turn of the S , which has taken over the powertrain of that sports sedan to a great extent. To compensate for the ’s additional weight, its battery has a higher energy density. This new generation of batteries is not heavier than the previous version, but can store around 15 percent more power.

Right before the freeway on-ramp, the switches to hybrid mode. The battery will soon be empty anyway, and the plan is to impress a business partner when the car arrives at its destination. If need be there’s also the E-charge mode, which recharges the battery along the way.

The car changes character at the press of a button. The engineers have come up with four driving programs. E-power mode is always used to start up the car. When the battery is (almost) empty, the car switches to Hybrid mode, in which the combustion engine takes over the main role. At speeds of less than 154 km/h, the engine is switched off and disengaged as soon as the accelerator pedal is released. The car then “coasts,” minimizing drag and also saving fuel in the process. In Sport mode the combustion engine always runs, and the battery maintains sufficient power to make the next spurt with maximum output. In E-charge mode, the battery can be charged on the go at any time if desired—for example, on the freeway to generate sufficient electric power to drive around town later on. 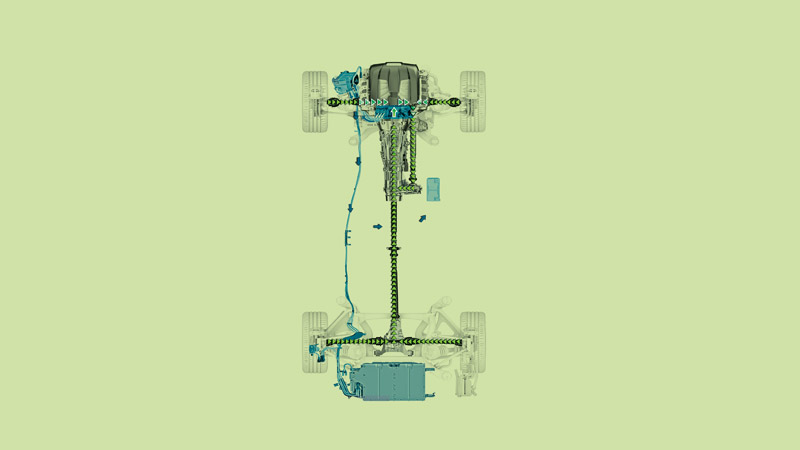 Driving with no propulsion at all: if the driver releases the accelerator at speeds below 154 km/h, the combustion engine is disengaged and the “coasts,” minimizing drag.

“We had intense discussions about the operating strategy,” says powertrain director Kerner. It would have been easily possible to include even more driving programs. The 918 Spyder, for example, has an additional Race mode and a Hot Lap mode in which the high-performance battery is briefly pushed to its limits. “But this car has a different character,” notes Kerner. And the drive system of the 918 Spyder is also physically different because it has two electric motors. One operates on the rear axle between the V8 engine and the transmission, and the second sends an additional 95 kW (129 hp) to the front axle. When the peak torque of 1,280 Nm is summoned, the driving dynamics benefit significantly from transferring power to both axles.

Whether we’re talking about the 918 Spyder or the , all components of the powertrain are coordinated by a kind of electronic brain, the Hybrid Manager, which is an integral part of the engine control system. But this isn’t the only ingenious system on board, because the battery system is controlled by a Battery Manager. It ensures that power intake and output are done in such a way that maximum use is made of the battery capacity without reducing its lifespan. This capability is especially important when the battery is charged at high currents, as with the S . Alternatively, the car can be equipped with an optional onboard 7.2-kW charger, which can recharge an empty battery in slightly less than one and a half hours.

With the destination in sight, the multifunction display announces that the battery is full again. Switch to E-power mode. The glides down the off-ramp with hardly a sound. 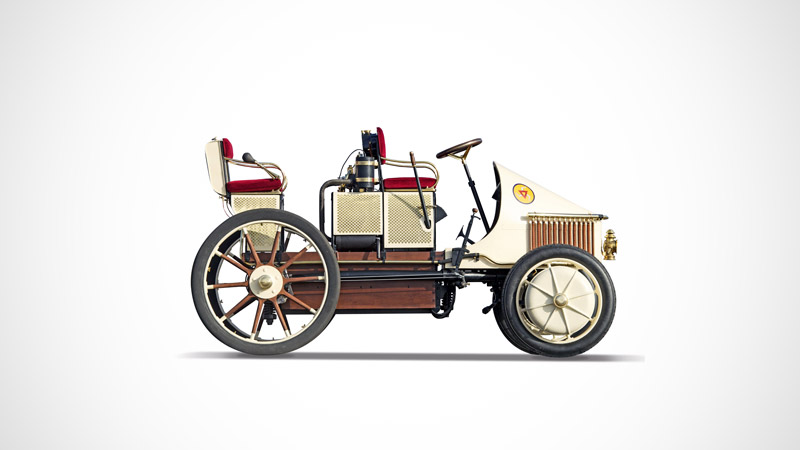 With the Semper Vivus (“always alive”), designer Ferdinand presents the first car with a functioning hybrid drive. Back then, he already chose to combine an electric motor with a combustion engine in order to get around the limited range of a purely electric drive system. But the design principle of this hybrid series was fundamentally different than today’s, because its electric motors are located in the wheels of the front axle. Power is supplied by two single-cylinder engines that each run a generator but do not propel the car directly. The “Mixte” Lohner- came out shortly thereafter as the world’s first standard-production hybrid car—also with all-wheel drive. 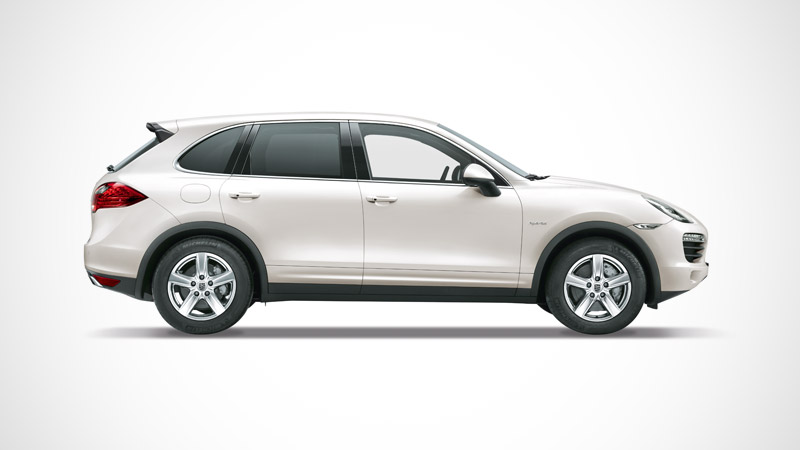 The second generation of the was the first model to feature a hybrid drive. Like in the current S , the electric motor is housed between the combustion engine and the transmission. Its maximum output of 34 kW is considerably lower than in the current , so the car can only be driven electrically at speeds of up to 60 km/h. The nickel-metal hydride battery also stores considerably less power. Despite that, the S Hybrid has a standard fuel consumption of only 8.2 l/100 km. 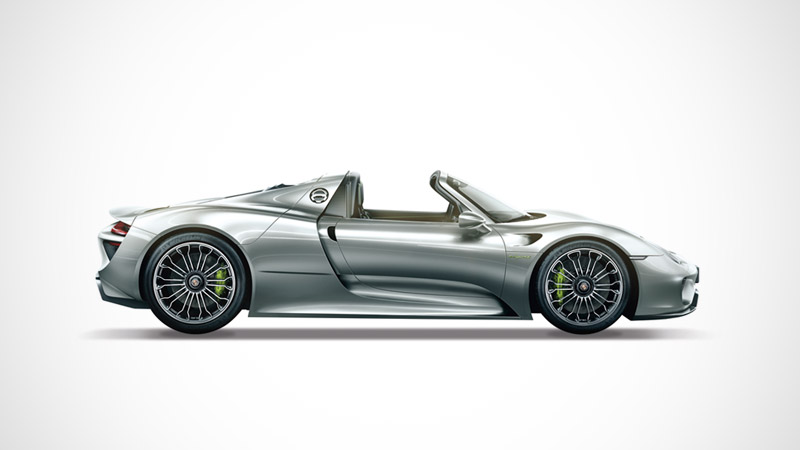 About a year before the start of production, a hybrid super sports-car prototype of the 918 Spyder set the fastest lap time ever for a street-legal car on the Nürburgring—but one year later Marc Lieb is 17 seconds faster, posting a time of 6:57 minutes in a 918 Spyder production car. The powertrain is designed for racing: the high-rpm V8 sports engine powers the rear axle together with an electric motor. A second electric motor powers the front axle. This type of all-wheel drive transmits up to 1,280 Nm of torque to the wheels. 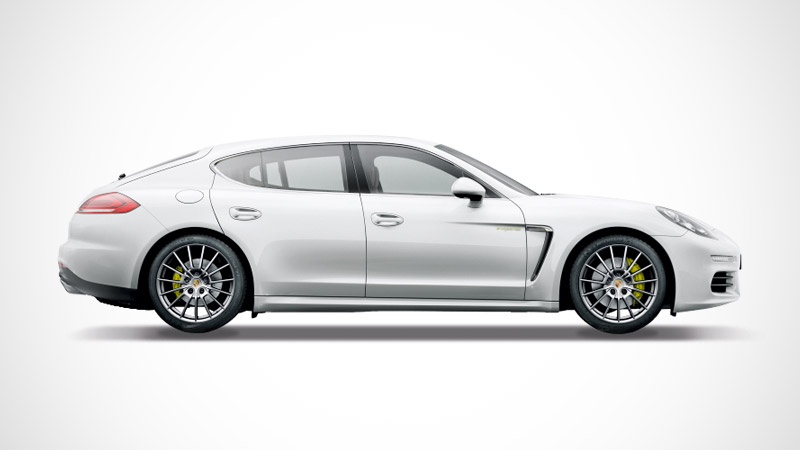 The S is ’s first model with a plug-in hybrid drive. Despite sports-oriented performance levels, the car’s standard fuel consumption is only 3.1 liters per 100 kilometers according to the NEDC—by far the lowest of a production . The automotive press calls the car the “Eco-.” The foundation for its low fuel consumption consists of a comparatively high electric-power range of 22 miles. This is made possible by a modern lithium-ion battery that can be charged at electrical outlets. It comes with a special charger for the home garage (wall box) as standard equipment.